After ten years of marriage Jennifer Garner and Ben Affleck have called it quits.  END_OF_DOCUMENT_TOKEN_TO_BE_REPLACED

Kendall Jenner has managed to beta Kim and Kanye’s record for the most likes on a photo on Instagram.

Kim and Kanye’s photo in front of their rose wall for their wedding had 2.4 million likes.

KENDALL HAS BROKEN THAT RECORD WITH  2.5 MILLION LIKES!! 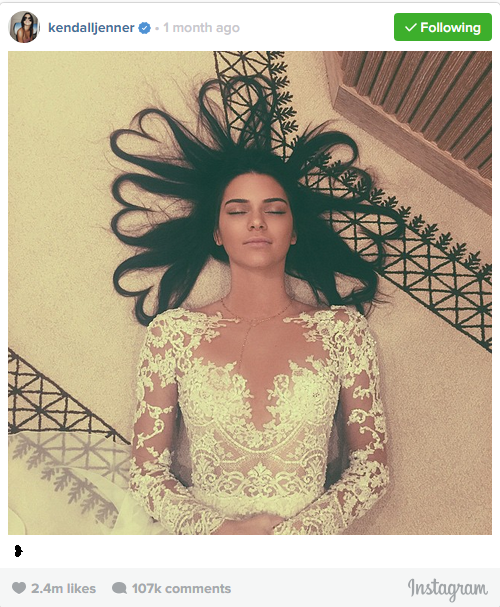 Jennifer Love Hewitt and her husband Brian Hallisay have welcomed a little son in to the world.

The couple announced the name of their child revealing the mystery…

This is the second baby for the happy couple who have a daughter Autumn James who is now two years old.

According to Jennifer herself she found the pregnancy quite freeing.

“I’ve been an actress for 25 years, and have had to be hungry at times for my career, so being pregnant is completely freeing.”

Congratulations to the happy family!

Queen Bee and Jay Z have been dethroned by the new famous couple Taylor Swift and Calvin Harris.

According to Forbes latest publication the couple together have a combined income of $146 million.

These figures have taken over the king and queen Beyonce and Jay Z who had an estimated net worth of $110 million dollars.

With Calvin being involved in EDM and endorsing Giorgio Armani and Sol Republic he is bringing in the big bucks and combined with Taylor’s pop career and her endorsement deals for Diet Coke, Keds and Sony the couple together are BOOMING.

Fingers crossed the duo stay together. 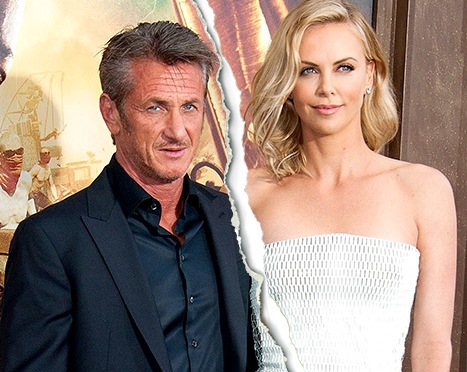 Our favourite Oscar winning couple, Charlize Theron and Sean Penn have called it quits on their one and a half year relationship.  END_OF_DOCUMENT_TOKEN_TO_BE_REPLACED

The Playboy Mansion doesn’t seem to be all fun and games… in fact it seems quite the opposite.

Ex girlfriend to Hugh Hefner, Holly Madison has made it clear that Hugh Hefner was manipulative and is releasing a tell all book Down the Rabbit Hole: Curious Adventures and Cautionary Tales of a Former Playboy Bunny, which is being released on June 23rd.

Holly released some of the best stories from the book and gave an exclusive interview to US Weekly. Madison recalls the first time she ever met Hef in 2001 while he offered her drugs. “‘Would you like a Quaalude?’ Hef asked, leaning toward me with a bunch of large horse pills in his hands, held together by a crumpled tissue,” Madison wrote in her memoir.

Holly polietly declined the pills and Heff did not miss a beat. ‘Okay, that’s good,’ he said, nonchalantly. ‘Usually, I don’t approve of drugs, but you know, in the ‘70s they used to call these pills thigh openers.’

“I want to scream ‘PAUSE!’ and freeze-frame that moment of my life. I want to grab that young girl, shake her back into reality and scream, ‘What the hell are you thinking?’” Madison continued.

Holly did end up moving in with Hef a couple of weeks after their meeting and soon became his number one girlfriend. Although the parties and all the girlfriends seemed very nonchalant… it wasn’t all fun. There were many rifts between the girls in the house and many arguments which turned out to be manipulated by Mr Hefner.

“I learned Hef was the manipulator and that he pitted us against one another,” she noted. “I realized I wasn’t treated well. I’m done being afraid of people. I don’t have any loyalty to Hef. I haven’t talked to him in four years, so there’s no reason to reach out now. Besides, it’s the truth.”

After much heartbreak, manipulations and constant arguments with former girlfriends it was time to Holly to leave the Playboy Mansion. It turns out that Hef tried to buy Holly to stay by including her in his will.

“It was there, in black and white,” she wrote. “The will stated that $3,000,000 would be bestowed to Holly Madison at the time of his death (provided I still lived in the Mansion). At the time, it was more money than I’d ever know what to do with… But I didn’t want it. I actually pitied him for stooping to that level. I couldn’t help but be offended. Did he really think he could buy me? I put the folder back on the bed just as I had found it and never breathed a word of it.”

After four years of no contact with Hef, Holly has found happiness with her husband Pasquale Rotella and their gorgeous daughter Rainbow.

I can’t wait for the release of Holly’s book! 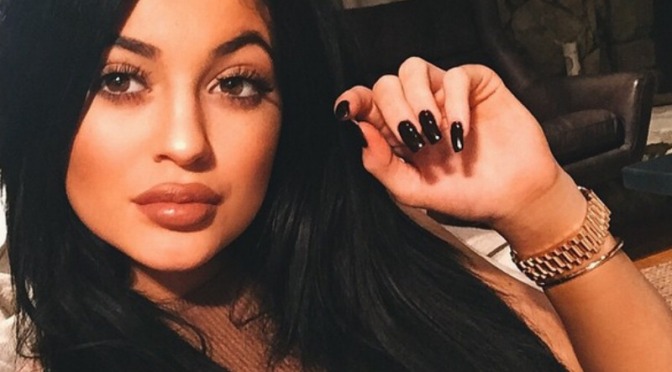 Kylie Jenner has come out and said that Kris Jenner cut her off three years ago at the age of 14.

Kylie told InStyle UK  that “My mom cut me off financially three years ago so I pay for everything – my car, my gas and food as well as my clothes.”

Although this would seem like a catastrophe to most other mom’s around the world- it seems that with the very many endorsement deals and clothing line profits Kylie makes she is doing absolutely fine in the money department. Kylie Jenner is doing so fine that she actually just purchased herself a $2.7 million dollar house.

Don’t feel too sorry for her people… I’m sure kris would jump to the rescue if need be.

We knew the time was coming to say goodbye to former Olympian Bruce Jenner and welcome his new family identity… We just didn’t know it would happen to fast. Bruce decided to welcome his new identity on the cover of Vanity Fair magazine with the title ‘Call me Caitlyn.’

According to The source, Caitlyn specifically didn’t want her name to start with a K so he could be considered his own person. If his name had started with a K he would be identified with the Kardashians.

Caitlyn took to her Twitter page and said how excited he was for the Vanity Fair Cover to come out so the world can get to know Caitlyn.

Jenner told the editor of Vanity Fair that Bruce was “always telling lies.” (She even describes doing public appearances after winning the gold medal, where “underneath my suit I have a bra and panty hose and this and that and thinking to myself, They know nothing about me. . . . Little did they know I was totally empty inside.”) Caitlyn, she says, “doesn’t have any lies.”

We are so proud of you Caitlyn and we can’t wait to get to know you! 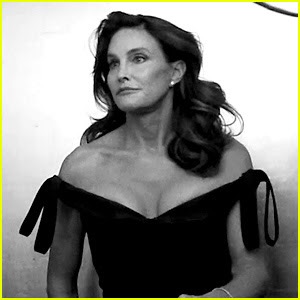 Rob Kardashian has checked into the palm beach rehab clinic as of this morning.

The sock king was confirmed into the centre this morning and according to his body guard Mark Behar, the 28-year-old former reality star has finally sought help for his battle with addiction.

The star has checked into rehab for his addiction to alcohol, marijuana and cough syrup and will be seeking a 60 day treatment plan.

“He told me ‘This is it, I just need to stick with it and do this,” Behar said.  “Rob will probably lose 10 to 20 pounds within the first few weeks by just being in rehab and daily programs relating to his detox.”

We wish you all the best Rob! Stay strong!

Kim Kardashian released a sneak peak of her latest Brazillian Vogue cover where she is leaving little to the imagination and wearing nothing but a pair of black gloves.

“The idea of the shoot for Vogue Brazil, photographed by the German Ellen von Unwerth in a house in Malibu, was to portray Kim as a sort of Marilyn Monroe version in 2015 – and, coincidentally, her hair was dyed platinum at the time,” the magazine writes.

Kanye and North also went for the trip to give Kim advice and some pointers. Kris was also present and posted a sneak pic image of the shoot on her Instragram.

Vogue Brazil calls Kardashian “one of the biggest media phenomenon of our times,” who, along with her famous family members, has “redefined the entertainment industry this decade.”

Check out the cover and let us know what you think. 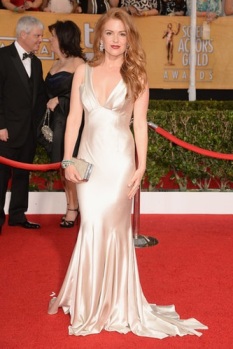 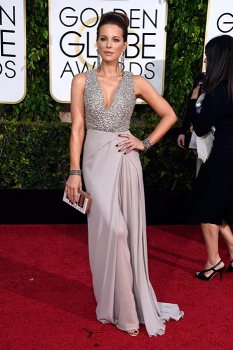 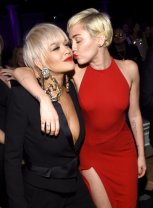 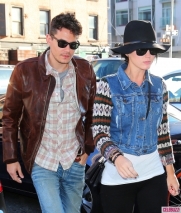 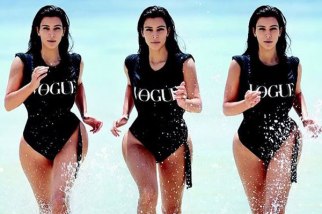 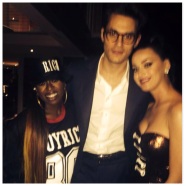 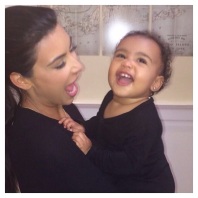